The Crete University Press (CUP) was founded in 1984, with a mutual agreement between the Pancretan Association of America and the Foundation for Research and Technology Hellas (FORTH) and it functions as a financially independent non-profit publishing organization, within the framework of FORTH. 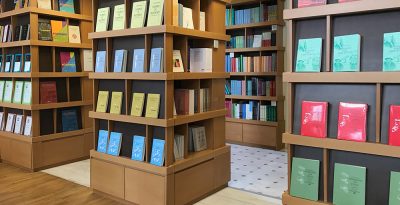 The aims and objectives of Crete University Press are:

The success of Crete University Press can be gauged from

As of today, about 600 titles have been published from CUP – at an average of 30 new titles per year – and approximately 2 millions copies of these titles have been sold within Greece.
CUP has been honoured with numerous and important distinctions, both for its publishing activity as a whole and for the high quality of specific editions – including prizes from the Academy of Athens, the Ministry of Foreign Affairs of Italy, the Greek Association of Music and Theatre Critics, etc.